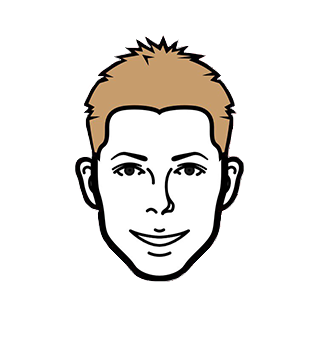 Marc first tickled a keyboard at the age of six. Nothing unusual, you say? Hold on, that was way back when we had MS-Dos 6, Windows 3.1, Paint, Minesweeper, and a computer mouse had no scroll wheel. In middle school, he became interested in Linux (Slackware and Redhat). Then the Internet became a reality. He then launched his first Linux gaming server (with a console of course), LANs, set up in a friend’s warehouse. Then came ADSL connections. After a few instances of straying off course in his career, he enrolled in a university program in computer management, with a focus on network administration. He continued studying and earned a degree in management. After this, he worked in a chamber of commerce for nearly ten years. This position allowed him to hone his skills in network management and development. He has also greatly enjoyed initiating padawans to computer technology. It wasn’t until 2015 that he discovered the world of animation and joined the teams at Folimage. He gained insight into this industry with series such as Ariol, Tu mourras moins bête, Green Eggs and Ham, Les Cahiers d’Esther, etc. The job also introduced him to a universe less well-known by the general public, namely short films. In 2019, he opted to join the team at Andarta to lay the foundation for making the studio’s very first series!