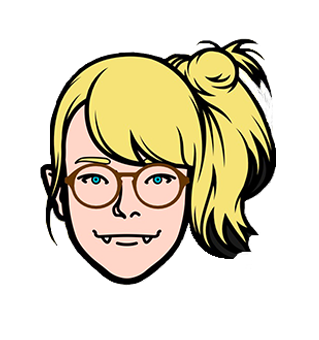 Margot grew up watching Tex Avery cartoons and films by Hayao Miyazaki, the Minikeums, and on Sunday morning X-Men Evolution, as well as Les Malheurs de Sophie (Sophie's Misfortunes). On days when the TV set would pick up the signal, she’d watch Princesse Sarah. Then, one day, she found herself at the Annecy festival and realized that people could make a living and pay their rent working in the cartoon industry (the best existential revelation of her life). Having studied literature and cinema, she learned on the job how audiovisual projects (documentary, short films, festivals) are produced. One fine day in 2018, she was admitted to a training program in 2D animation production. And poof, just like that, she landed at Andarta to take charge of the scriptwriting of projects in development. Glory!